In recognition of National Military Appreciation Month, we are privileged to spotlight an important team member. Veteran Michael Hand is Altus' Area Sales Manager located in the southern states. Get to know him below!

Michael comes from a long background of the military. His Grandfather served in WWll and his father served during peacetime.

Coming from a military family, he was eager to join the US Air Force his senior year. Two weeks after graduating high school, Michael was off to basic training. He studied Aeromedical Evacuation and later served in Desert Storm, alongside his brother from 1987 - 1995.

Life After the Military

Michael went on to graduate with a Bachelor degree in Marketing and a Masters degree in Business Management. Through his journies, Michael found himself at Altus nearly 6 months ago.

“When I started in this industry, I had always heard great things about the Altus products and when I got to meet the owners and other members of the team, I knew it would be a good career move. I like knowing that the organization wants to continue to move forward and not be complacent.

I appreciate the time, energy and resources put into our American built workstations. Altus makes it a priority to source from US suppliers and to manufacture right here in the USA.

At Altus, you can expect personalization, superior service and the utmost quality and design in clinical workstations."

We thank Michael for his service, and we’re honored to have him a part of the Altus team!🎉

How COVID has changed Healthcare Get A Sample
Ready to see what all
the fuss is about?
Request your own free 30-day evaluation sample today! 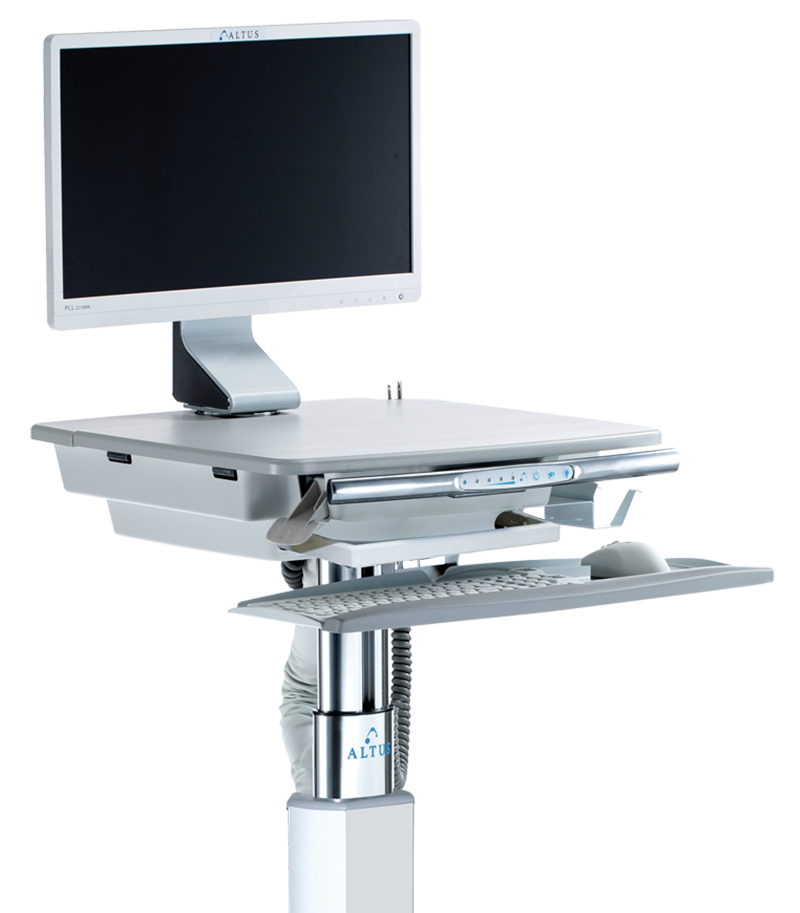